The recent developments in the Middle East revived academic and public interest in the West’s previous encounters with that part of the world. These events created something of a cottage industry of  histories and novels recounting the crusades, particularly the events surrounding the Third Crusade.

In that episode, everyone has their favorite heroes and villains. It also puts a twist on the adage that victory has a thousand fathers, but defeat is an orphan…

Henry II of England, Eleanor of Aquitaine, Richard the Lionheart and “bad” King John are familiar figures to historians and fans of historical fiction, but their vassals, the Lords of Lusignan, are often forgotten—or more often portrayed as the villains in a medieval morality play.

Hardly surprising since the Lusignans, allegedly descendants from the half-serpent Mélusine, more than contributed to the turbulent and pivotal events in 12th and 13th century France, England, and the Holy Land. Not only did they repeatedly challenge royal authority, they managed to acquire crowns of their own through marriages to the heiress-queens of Jerusalem, founded the royal dynasty on Cyprus, ruled the Kingdom of Armenia, and became half-brothers and sisters of the King of England.

Handsome, violent, treacherous, yet brave fighters and pious crusaders—and unfashionably faithful to their wives—the Lusignan lords of Poitou draw the writer and the reader into the triumphs and tragedies of medieval Europe and the beleaguered Byzantine Empire.

Who are these Guy(s)? 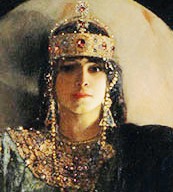 At Easter 1180, ‘against custom,’ Princess Sybilla of Jerusalem, the sister of the Leper King, “hurriedly” married Guy de Lusignan—because they had already shared bed and her brother had threatened to kill him.

Seven years later, with Guy wearing the crown matrimonial of Jerusalem, disaster struck the Holy Land when Saladín all but wiped out the Christian army under Guy’s leadership at the Battle of Hatin. The Christians lost Jerusalem, the Holy Cross, much of the Holy Land, and in the judgment of posterity, their already sketchy reputation, all in one swoop.

Professor Sir Steven Runciman wrote in A History of the Crusades regarding the marriage of Sybilla and Guy, described to her as a youth of extraordinary good looks and charm,

“The King, her brother, protested in vain; for Guy, as anyone could see, was a weak and foolish boy. The Palestinian barons were furious to realize that they might have as their future king this youngest son of a petty French noble whose only distinction was his descent from the water-fairy Melusine.”

“If the nobles of the kingdom of Jerusalem really did think this, they could not have been more wrong. Guy and Aimary came from a remarkable family. They were related by blood to the counts of Tripoli and the king of England, and by marriage to the king of Jerusalem, and they had distinguished crusading pedigrees.”

In the previous hundred years, their father, grandfather, great-grandfathe

rs and a horde of relatives took part in the First and Second crusades, and fought in Spain against the Moors in. In  fact, their father had been captured  in Syria and died a prisoner of the Muslims in 1164 (the ‘missing’ Hugh VIII).

As Professor Riley-Smith describes them, “The Lusignans were typical in that they could be at the same time ferociously aggressive in pursuit of rights or territorial ambitions and genuinely pious.”

One of the numerous Lusignans called Hugh (Hugh VI) was in referred to as Hugh the Devil by the monks of the Abbey of Saint Maixent with whom he was in constant conflict and repeatedly threatened with excommunication by Pope Paschal II.  His son led a “savage little war” against the duke of Aquitaine.

Not surprisingly, they also became, along with the usual Poitevin contingent of baronial malcontents, a thorn in the side of the Angevin, Plantagenet kings, and Capetian kings.

The Age of Heiresses:

Considering the Lusignans’ meteoric rise to prominence, their motto could easily be cherchez la femme since one fictional and a number of actual women were instrumental in elevating the men of this family to the positions they had ultimately reached.

It was their actual ancestress, Almondis of La Marche who created a nexus of family connections, thanks to the husbands she had married, not exactly in canonical succession:

She was apparently repudiated by Hugh V on the grounds of consanguinity, but in Prof. Riley-Smith’s opinion, it was because of her ‘overbearing’ personality and states that she was referred to as a ‘bolter,’ going from husband to husband.

As the result of Almondis’s ‘bolting,’ almost everybody in this tale of the rise of the Lusignans, whether they be their opponents or allies, were related, including Richard the Lionheart and Sybilla of Jerusalem.

Prof. Riley-Smith therefore concludes, “whatever else they may have been, the Lusignans were not unknowns from nowhere.”

Several specific events/incidents created the Lusignans’ reputation and laid the foundation of their historical and fictional depictions:

The Lusignans offer the sort of rabbit hole into which a historical fiction novelist can slide and happily wallow in the fascinating contradiction, and just plain silliness, that had become attached to their very name.

“The Crusading Heritage of Guy and Aimary of Lusignan,” in Cyprus and the crusades. Papers given at the international conference ‘Cyprus and the crusades’, Nicosia, 6–9 September, 1994. by N. Coureas and J. Riley-Smith. (Nicosia: Cyprus Research Centre and the Society for the Study of the Crusades and the Latin East, 1995)